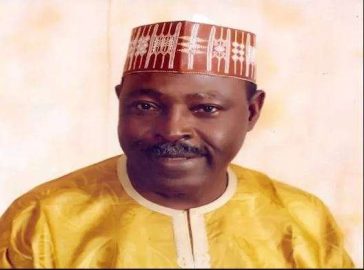 The abductors of Dr. Damishi Sango, Plateau PDP chairman and former sports minister, have demanded for N100 million ransom after contacting the family.

Sources said, Damishi Sango was also allowed to speak with the family by the kidnappers who said they want N100 million.

Mr Jonathan Mapis, a family member, who made the disclosure on Thursday in Jos, quoted Sango as telling family members that the five of them who were abducted are safe.

Recall that the former minister, alongside four others that included his son, was abducted on Wednesday along Jere-Garkawa road in Kaduna State, on their way to Abuja for the PDP National Convention on Saturday, Dec. 9.

Spokesman for the Plateau State Police Command, Mr. Terna Tyopev, confirmed that Sango was on his way from Jos to Abuja on Wednesday evening when the kidnappers got him.

He said that the Plateau Police Command had reached out to the Kaduna Command on the matter.

“The spokesman of the Kaduna Police Command has told me that the Commissioner there has ordered his men to comb everywhere to rescue them” he said.

He added that the Plateau Command was working in synergy with the Kaduna Command to rescue the victims and possibly arrest those behind the incident,” he said.

Tyopev also called on members of the public with any useful information to contact the Kaduna or Plateau Command.