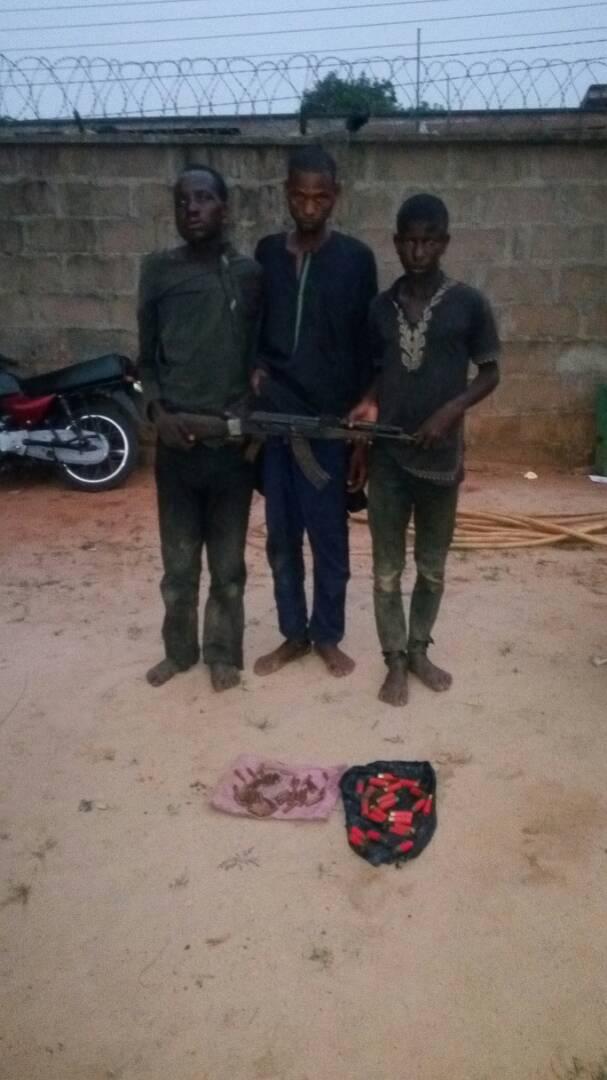 Operatives of the Ogun State Police Command have arrested three (3) herdsmen for attempted murder and unlawful possession of fire arms.

The Police said “The trio of Mohammed Bello 40yrs, Muhammed Momoh 30yrs and Yisau Umoru 18yrs were arrested following an information received by the Police that one Ige Orisade was attacked and severely wounded by the herdsmen in his Imedu farm Oke-Odo via Oja-Odan when he confronted them to know the reason why they allowed their cattle to graze on his farm thereby destroyed his farms’ crops.

“An argument ensued in the process and the herdsmen macheted him severally before they escaped into the nearby bush.

“On the strength of the information, the Area Commander Ilaro, ACP Titus Musa dispatched a team of Policemen to the scene and the bush was thoroughly combed in conjunction with local vigilante at the end of which the three suspects were arrested.

“Efforts are on to apprehend other suspects and to recover other arms from them.

“Meanwhile the Commissioner of Police CP Ahmed Iliyasu has ordered immediate transfer of the suspects to FSARS for discreet investigation.

“He equally ordered that the fleeing members of the gang must be hunted for and brought to book while assuring residents of the State of adequate security at all time.”