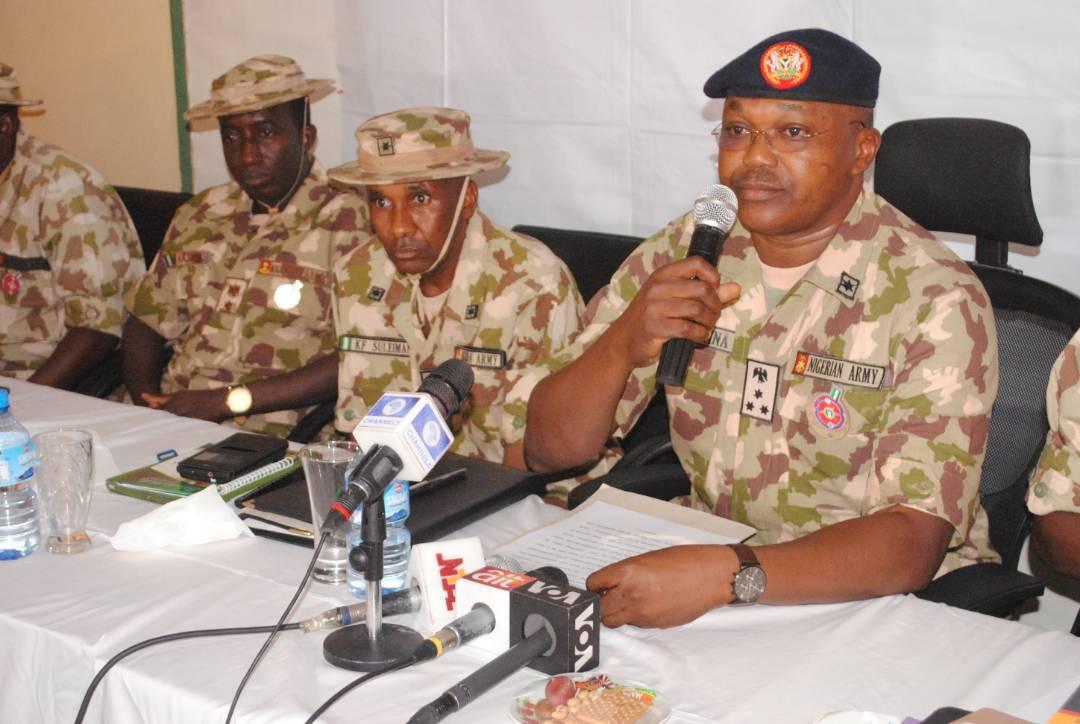 The General Court Martial (GOC) sitting in Maiduguri, Borno State has sentenced a soldier serving in Operation Lafiya Dole to death for murder.

Other soldiers also bagged jail sentences for various offences ranging from manslaughter to illegal possession of fire arms and ammunitions.

The soldier, Lance Corporal John Godwin, was charged with murder, which is punishable under Section 106 (a) of Armed Forces Acts (Cap A20), Laws of the Federation of Nigeria (LFN) 2004, for killing five rescued civilians in Yamteke town of Borno State.

The civilians were earlier rescued by troops of the soldier’s battalion and were taken for investigation at the time the soldier shot and killed 5 of them.

Another soldier, Sergeant Innocent Ototo, was sentenced to life imprisonment for manslaughter after torturing and killing a 13 year old boy who he said stole his phone.

The incident happened at Zamanbari area of Maiduguri metropolis in Borno State.

While Lance Corporal Benjamin Osage and Private Sunday Onwe were also sentenced to 20 years imprisonment each for offences bordering on manslaughter and illegal possession of fire arms and ammunition.

Delivering the judgment, the President of the Court Martial, Brigadier General Gbenga Olusegun Adesina, said that the offences run contrary to Nigerian Army’s Rules of Engagement (ROE) and also against Nigerian Laws and Geneva Conventions which Nigeria is signatory to and which the Nigerian Army as a professional Army holds in high esteem.