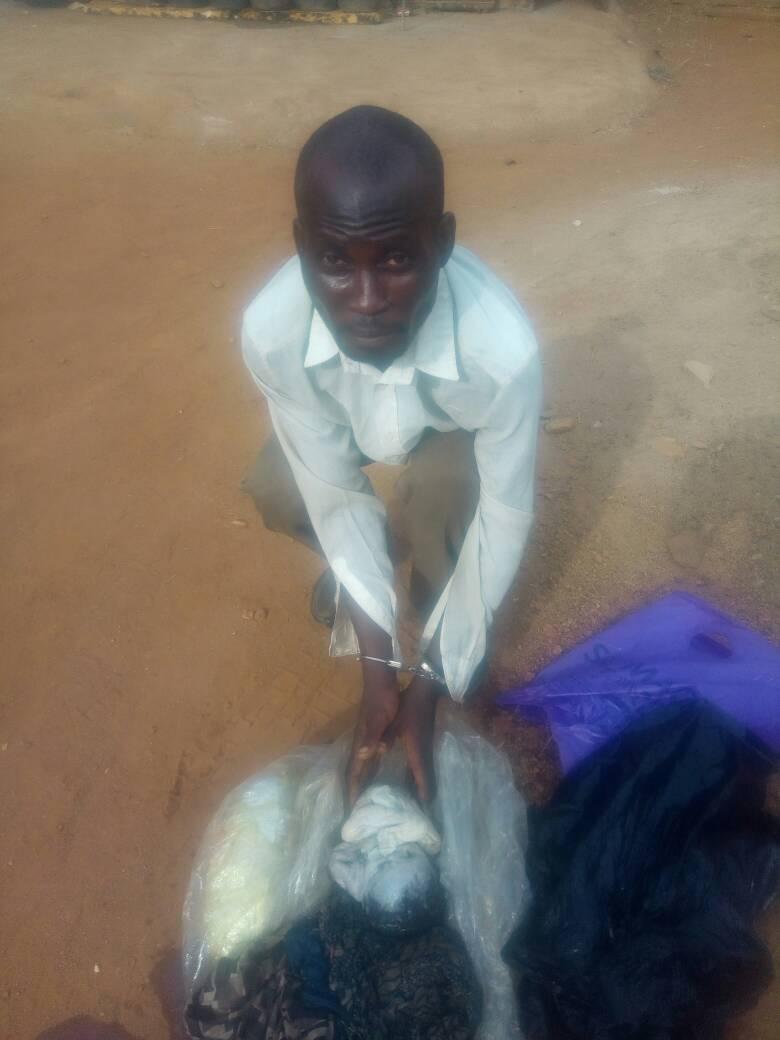 Police in Ogun state has arrested a suspected ritualist with dead body of a small baby.

The suspect a 42yrs old Ajiboye Emmanuel Olusola was arrested at Sapade garage on Friday 22nd of December when he was about boarding a vehicle with the dead body wrapped in a polythene bag.

The odours coming out of the bag arouse the suspicion of people in the motor park who quickly alerted the police at Isara division.

Upon the information, the DPO Isara CSP Yusuf Taiwo led policemen to the scene where the suspect was promptly arrested.

On searching his bag, it was discovered that a dead baby was wrapped there in.

On interrogation, the suspect claimed that he was coming from Offa in Kwara state heading to Lagos where he intended to bury the baby.

Not satisfied with the claim, he was taken to Isara division for further investigation.

Meanwhile, the commissioner of police CP Ahmed Iliyasu has ordered the immediate transfer of the suspect to homicide section of the state criminal investigation and intelligence department for proper investigation.