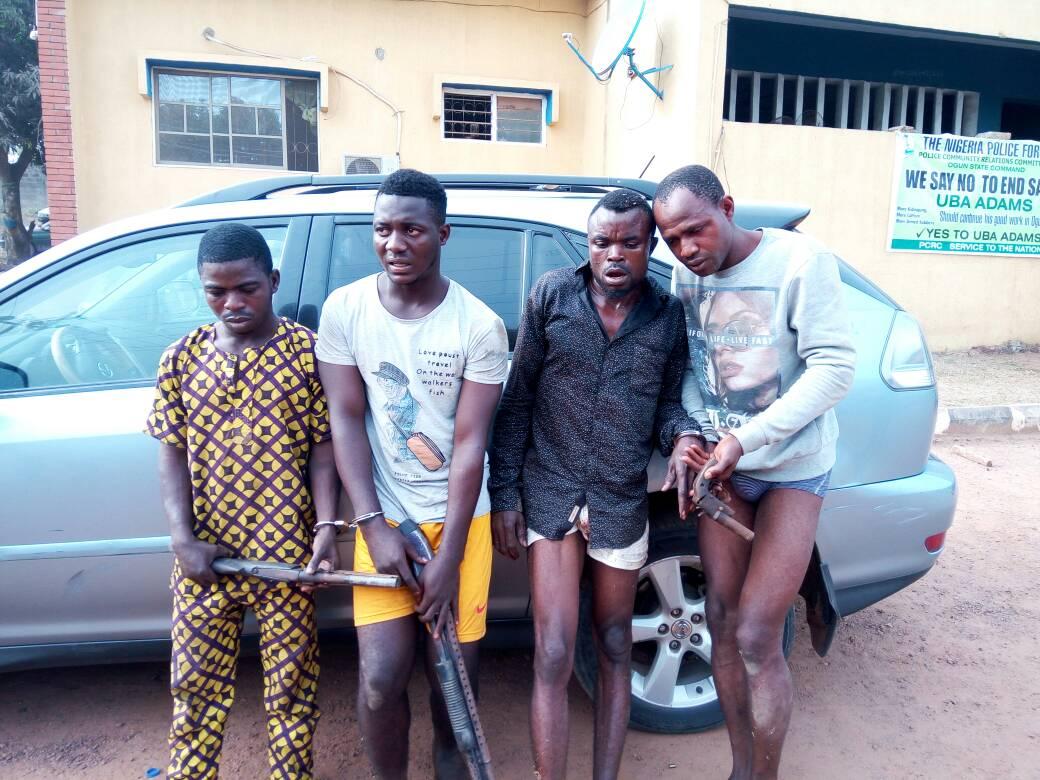 Four members of a deadly armed robbery gang were arrested by men of Ogun State Police Command at Odogbolu junction along Sagamu / Ijebu-ode expressway at about 11.30pm on Friday December 29th 2017.

The arrest of the robbery suspects followed a distress call by members of the public that the hoodlums had blocked the highway and were dispossessing people of their belongings.

The robbers succeeded in snatching a Lexus RX 330 jeep with Reg.No KSF 509 CV from one their victims.

Upon the distress call, the Commissioner of Police CP Ahmed Iliyasu ordered the Officer in-Charge of FSARS, DSP Uba Adams to go after the hoodlums and bring them to justice.

In compliance with the CP’s order, the FSARS Operatives moved swiftly to the scene, but on sighting the Policemen, the robbers opened fire on them while the Operatives also engaged them in a gun duel.

At the end of the encounter, four members of the gang namely; Israel Adams, Opeyemi Okegbenro, Ali Chibike, Patrick Nwandagba were arrested while others escaped through the nearby bush.

The same gang had earlier on the same day attacked and shot one Policeman Oluwatobi Iwata attached to PMF17 in Ondo State and one Samuel Olatunji who later died on his way to the hospital.

Efforts are on to apprehend the fleeing members of the gang.

FOR:     COMMISSIONER OF POLICE,