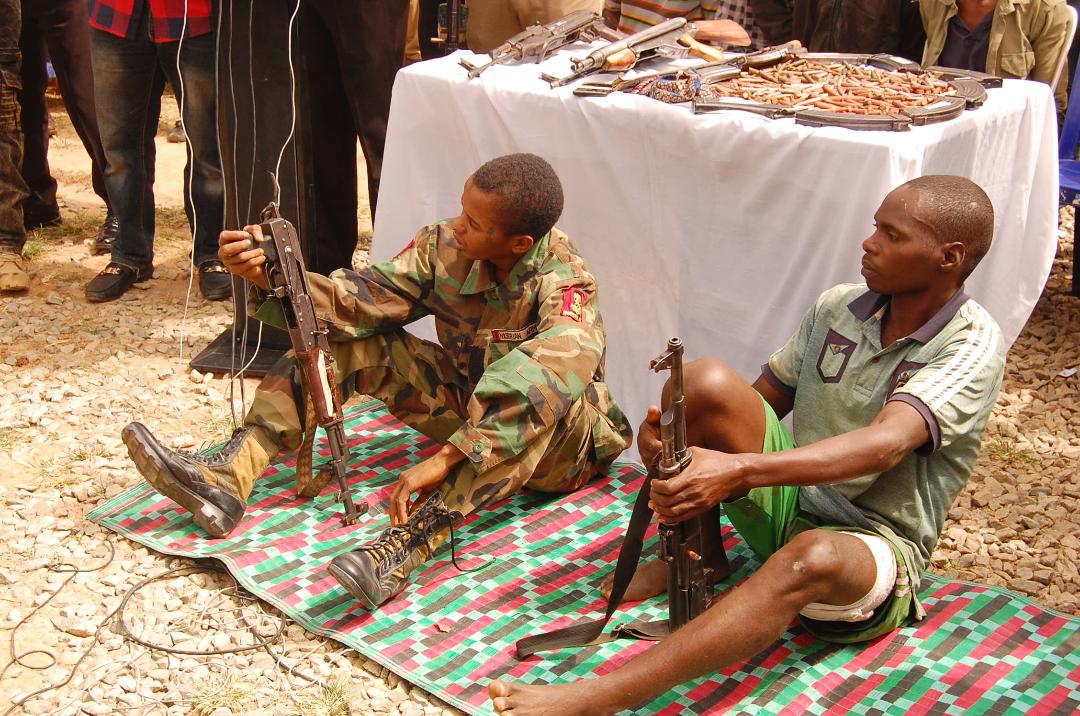 The implementation of elaborate Security Arrangement directed by Inspector General of Police, IGP Ibrahim Idris for the 2017 Christmas and 2018 New Year festivities has been yielding positive results throughout the country.

The Special Tactical Squad of the Force attached to Operation Absolute Sanity has made yet other remarkable achievements with the arrest of 16 suspects some of whom were arrested in the act of laying ambush to kidnap people returning from Christmas and New Year holidays on Kaduna – Abuja road and Minna – Suleja – Abuja road.

After an intense gun battle that lasted more than Five (5) hours between the F- SARS Special Tactical Squad attached ‘Operation Absolute Sanity’ and the first kidnap for ransom gang in the hideout of the Kidnappers in the Forest along Kaduna – Abuja highway, the Police team busted the 1st gang and arrested the four (4) suspects including their gang leader who is a trained Armourer and the hit-man of the gang.

The gang is the most vicious and notorious syndicate of Kidnap for Ransom gang arrested by the Police in the recent time, the gang leader Ibrahim Umar a.k.a ORO aged 20yrs confessed to have killed personally more than Ten (10) people including those that he killed and still collected ransom money from their families.

He also confessed to suck the blood of most of the victims after killing them.

He was identified by some of the victims rescued from their captivity by the Police in the forest during the gun battle.

The other suspects were apprehended in their various criminal hideouts in the forest and other locations along the Abuja-Suleja-Minna highways for kidnapping, armed robbery, murder and multiple rape cases.

All the suspects arrested confessed to their various criminal roles they played in the commission of the crimes.

The suspects will be arraigned in Court for prosecution on completion of investigation.

Investigation is being intensified to arrest other members of the gang still at large while the on-going operation is being sustained and extended to other flash points across the country.

The Inspector General of Police deeply appreciates the cooperation of communities, towns and villages on Kaduna – Abuja, Abuja – Suleja – Minna highways and all other Nigerians for these success stories.

He therefore encourages them to continue to support Police personnel deployed in their localities.