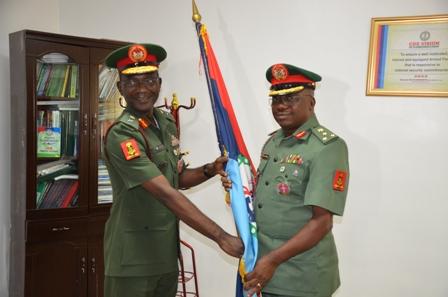 A new Acting Director of Defence Information has assumed office at the Defence Headquarters.

He is Brigadier General John Agim.

Until his appointment as the newActing  Defence Spokesman, Brigadier General Agim was the Commandant, Nigerian Army School of Public Relations.

A statement signed by Wing Commander OO Ademosu noted that the new Acting DDI has taken over with effect from January 8th, 2018.