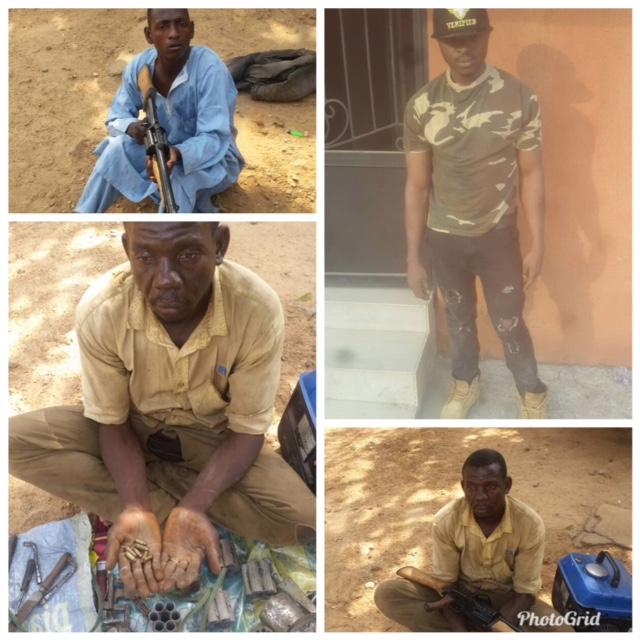 Bello was arrested with several fabricated guns heading to Saminaka to link up with his gang leader Damina Saminaka.

“Determined to get to the root of the matter, the troops further went to the village where they found out that indeed Dan Asabe Audu has been in the business of illegal arms manufacturing for criminals for quite some time.

“They found a complete arms factory with equipment and the products at various stages of production.

“The suspects would soon be handed over to the relevant security agency for further investigation and prosecution.

“The public is kindly requested to provide useful information that will assist the military and security agencies in apprehending such criminals to make our society safe.

According to Brigadier General Usman, “The Suspect who was arrested while molesting innocent civilians in Isawo falsely claimed to be personnel of 174 Battalion, Nigerian Army.

“He was arrested dressed in camouflage T-shirt molesting, extorting and intimidating law abiding civilians in the area.

“The suspect is currently undergoing further interrogation and would soon be handed over to the police for further investigation and prosecution.

“The general public could help security agencies by reporting such persons parading themselves as military personnel and molesting innocent civilians to relevant military units and formations.”