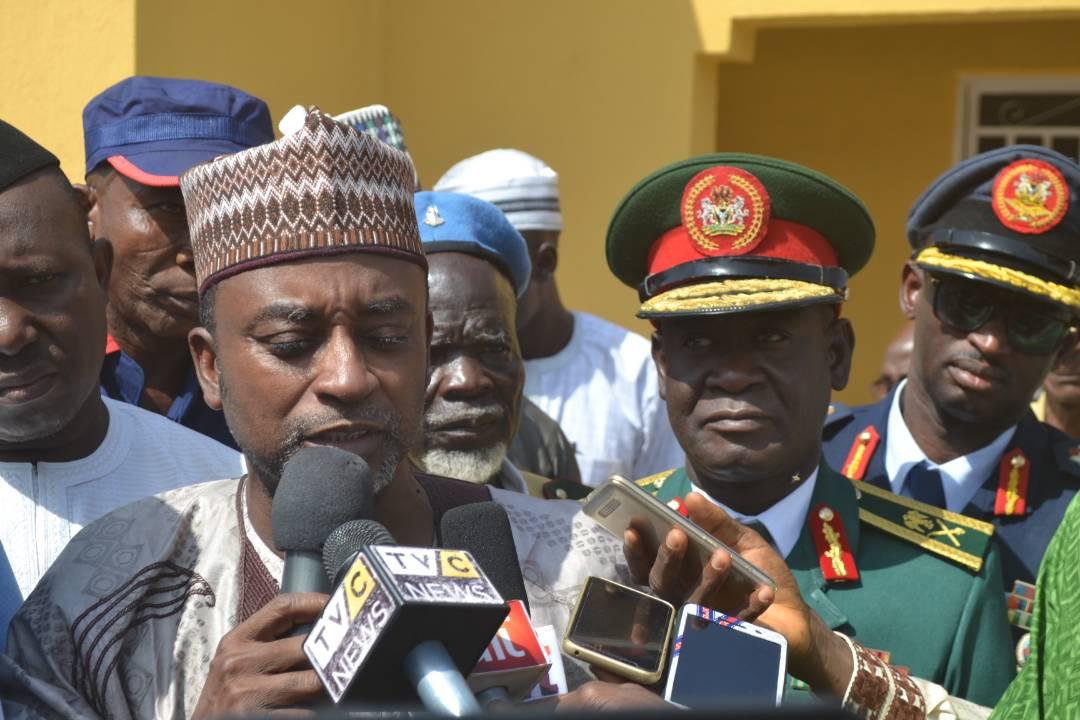 The Chief of Army Staff (COAS) Lt Gen TY Buratai graciously provided fund for remodeling and expansion of all the 3 worshipping places (Mosque and Churches) in the barracks.

This is in line with the need for provision of conducive environment for performance of spiritual obligations and promotion of morals among the troops and their families.

The Mosque project comprises of living and office accommodations for Imam, conveniences, a section for the female worshippers and store.

The Governor of Kaduna state, represented by Alhaji Jafa’ru Sani, Commissioner of Education eulogized the efforts and commended the COAS for providing a befitting worshipping places for the troops and their families.

During the commissioning, the GOC urged the Muslim faithful residents in the Barracks to make optimal use of the facilities in the mosque for spiritual upliftment and moral upbringing in accordance with the teachings in Islam.

The commissioning of the remodeled Juma’at mosque coincided with 2018 AFRD Juma’at service, which was attended by members of the Kaduna  state  government officials, senior military Officers and members of the Nigerian Legion.

The Deputy Director 1 Division Islamic Affairs, Colonel Awwal Bebeji led the congregational prayers, in which prayers were offered for the repose of the souls of the departed heroes, peace and unity of the nation.