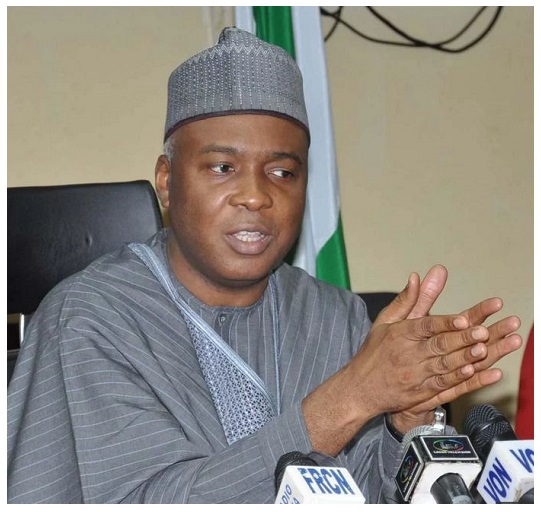 President of the Senate, Dr. Abubakar Bukola Saraki, has expressed sadness over the death of a former Chief Justice of Nigeria (CJN), Hon. Justice Dahiru Musdapher, and described him as a respected jurist who spent his life in the service of his state, country and humanity.

Saraki in a statement by his Special Adviser (Media and Publicity), Yusuph Olaniyonu, stated that the passage of the legal giant was a monumental loss to the judiciary in particular and Nigeria in general.

He stated that Justice Musdapher would remain an inspiration to the younger  generation having traversed the judicial ranks first as a legal practitioner  with a meritorious practice in the bar before he was appointed the Attorney General of old Kaduna State.

“His dedication and hard work paved the way for his eventual appointment as a Judge in the Kano State Judiciary, where he rose to become the Chief Judge of the state before his elevation as a Justice of the Court of Appeal and later Justice of the Supreme Court, until he retired five years ago as the CJN,” Saraki stated.

“He will be remembered for his immense contributions to the development of the judiciary in Kano, Kaduna and Jigawa states, in particular, and the country in general. He lived an exemplary life worthy of emulation. He shall be sorely missed,” he added.

The President of the Senate commiserated with the wife, children and grandchildren of the deceased and urged them to be consoled by the good life the late jurist lived.

He also condoled with the Chief Justice of Nigeria, Justice Walter Onnoghen, the entire Nigerian Judiciary, the people and government of Kaduna, Kano and Jigawa States and urged them to see the loss as the will of Almighty Allah.

He prayed God to grant the soul of the former CJN a place among the righteous ones in Aljannah Firdaus and his family the fortitude to bear the loss.