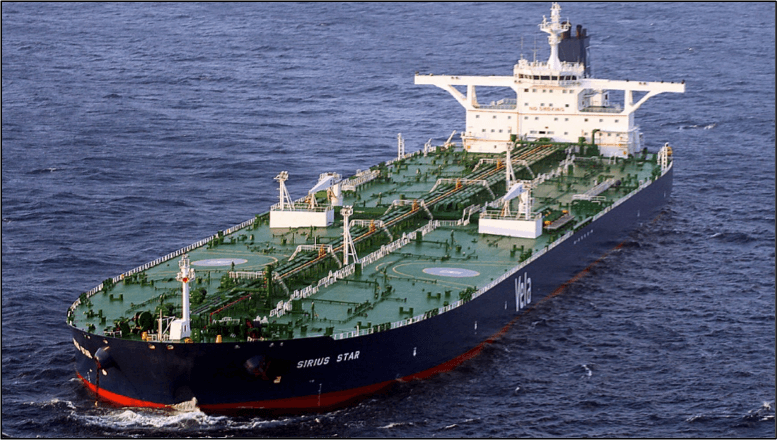 A ship carrying 22 Indian crew and 13,500 tonnes of gasoline is missing in the Gulf of Guinea after contact was lost in Benin on Friday, India’s minister of external affairs said.

An Anglo Eastern spokesman told Reuters that the Marine Express tanker, managed by Hong Kong-based Anglo-Eastern, was last seen in Benin’s waters at 3.30 a.m. GMT on Friday after which contact was lost.

The cause of the loss of communication was unknown and a search was underway, conducted with help from Nigerian and Beninese authorities, Anglo-Eastern said.

“We regret that contact has been lost with the vessel, which was the Cotonou Anchorage in Benin, West Africa,” the spokesman said.

India’s minister of external affairs Sushma Swaraj said on Twitter that 22 Indian nationals were onboard.

Piracy-related issues were a decade ago focused off the east African coast, particularly Somalia’s un-policed waters.

The Gulf of Guinea threat has increased.

Ships in the area were the target of a series of piracy-related incidents last year, according to a January report by the International Maritime Bureau (IMB), which highlighted the waters off West Africa as an area of growing concern.

The IMB said there were ten incidents of kidnapping involving 65 crew members in or around Nigerian waters.

Globally 16 vessels reported being fired upon, seven of which were in the Gulf of Guinea.

On Jan. 10 a company lost communication with its tanker anchored in Cotonou, according to the IMB.

IMB said after a six-day search, the tanker and crew were found safely in Lagos after the tanker owner negotiated with the hijackers