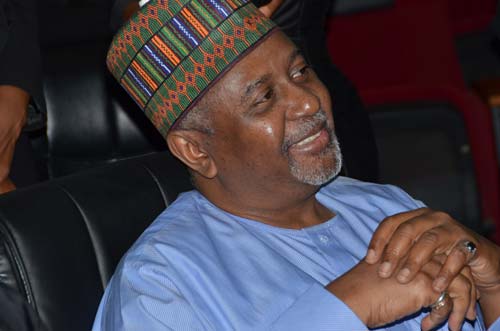 A High Court of Federal Capital Territory (FCT) has adjourned further trial of former National Security Adviser Colonel Muhammadu Sambo Dasuki till March 22, 2018, to enable the determination of an appeal he filed at the Supreme Court.

Justice Hussein Baba-Yusuf adjourned the matter till the date following an application to that effect by Dasuki’s counsel, Mr. Adeola Adedipe.

Although the trial was slated for today, Adedipe had in his application drew the attention of the judge to an appeal filed by Dasuki at the Supreme Court and slated for judgment on March 2, 2018.

The counsel submitted that it is in the interest of justice and fair play that the trial is put off until the Supreme Court had determined the issues raised by Dasuki in his appeal.

Adeola further argued that the Supreme Court could be over-reached and that it is in the interest of justice can be jettisoned should the High Court proceed with the trial because such trial can occasion a miscarriage of justice.

Other counsels for other parties in the matter aligned themselves with the application of Former NSA and prayed the court to adjourn the matter in the interest of justice so as not foist a state of hopelessness on the Supreme Court.

However, counsel to the Federal Government, Mr. Atolagbe Olohunleke vehemently opposed the application for an adjournment for the trial on the ground that event had overtaken it.

Olohunleke who stood for Mr. Rotimi Jacob SAN informed the court that such motion had been moved in the past and was overruled by the court and urged the court not to grant the application.

In his short ruling, Justice Hussein Baba Yusuf agreed with Dasuki’s counsel that it is better for the court to wait for the outcome of the appeal filed by Dasuki at the Supreme Court.

The Judge said that the adjournment is in the interest of justice and fair hearing as prayed for by Dasuki.

Consequently, Justice Baba Yusuf adjourned further trial in the matter till March 22, 2018 to enable party to await the outcome of the Supreme Court decision in the Dasuki’s appeal.

The former NSA had in his application prayed the Supreme Court to suspend his trial in the alleged money-laundering charges brought against him by the Federal Government pending the time the government obeyed the bail orders granted in his favour by the court.

He insisted that his continued incarceration violated his right to fair hearing because he could not assess his lawyer and prepared for his defence in the ways and manner prescribed by law and urged the apex court to stop the trial pending the time he is allowed to enjoy the bail granted him by four Judges of High Courts.

The Supreme Court is expected to come up with its verdict on the appeal on March 2, 2018.