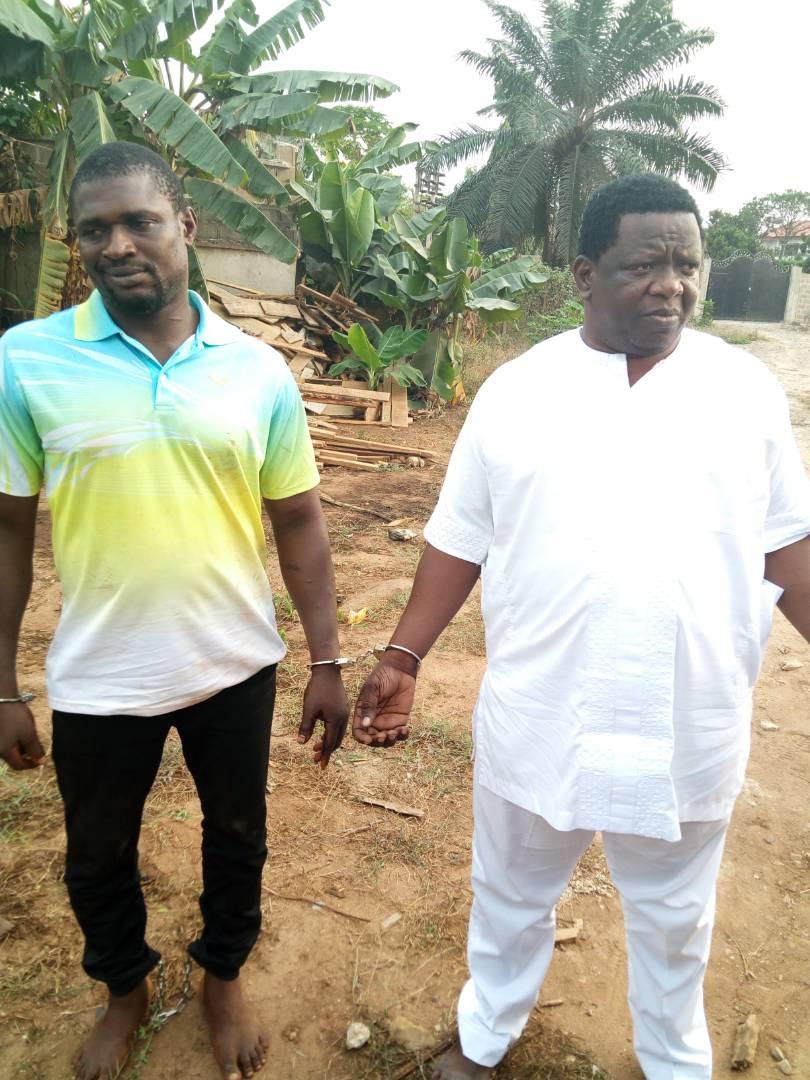 Arrest of Adeola Williams aka Ade Lawyer the Most Notorious Assassin in the South-West and Mr Rafiu Olorunwa Akanni aka Olorunwa Former Lagos NURTW Boss Who hired the Assassin to kill his Last Victim/Recovery of The AK47 Rifle used for the Murders.

The Police on Wednesday 14th February 2018 said, “ Sequel to the Assassination of One Ganiyu Ayinla Personal Assistant to One Azeez Adekunle Lawal in Lagos Island on 23rd January 2018, a massive manhunt against the Notorious Assassin behind the killing one Adeola Williams aka Ade Lawyer 39yrs, Native of Isasi Village Ijebu Ode LGA Ogun State was Launched by IRT on the Directives of IGP Ibrahim Idris.

“Eventually today Wednesday 14th Fenbruary 2018 the Professional Assassin Who has being on the most wanted list of the Nigerian police for over 5yrs Adeola Williams aka Ade Lawyer was arrested in his newly rented house in Akure Ondo State by IRT operatives.

“Suspect immediately confessed to the Assassination of Ganiyu Ayinla in Lagos State and Numerous Assassinations in the South west Nigeria.

He further confessed that one Rafiu Olorunwa Akanni Former Chaiman Of NURTW Lagos State hired him to Assassinate one Azeez Adekunle Lawal for N1.5million and was given 500k advance payment and 1 Million to be paid after the Assassination.

But he said they mistakenly assassinated the PA to their Target Mr Ganiyu Ayinla while their actual Target Azeez Adekunle Lawal who was in thesame Car with the Late Ganiyu Miraculously escaped with Bullet wounds.

He stated further that One Rafiu Olorunwa Akanni who hired them for the job  refused to give them the balance of their 1million Naira because they have killed the PA of the Main Person he sent them for.

Hence Adeola Williams aka Ade Lawyer traced the driver of Mr Olorunwa and Confiscated his Black Hyundai jeep from the driver and called Mr. Olorunwa that, they will release his Jeep after he pays them their 1 million balance as they need to Run and hide until the heat comes down as 2 of his boys were arrested by the police.

He further Confessed that Mr. Olurunwa has being Calling him to be very careful and hide very well as his members has been arrested.

He also mentioned many other Victims he assassinated in the past which includes One Hamburger a Union chairman in Oshodi Lagos, One Baba Jide Dosumu Aka Mados in Ebute Meta Lagos, One Salawe in Ajah Lagos, Ganiyu Asaro and 4 others in Badore area Lagos where he Said he Spread bullets in their car and killed the 5 occupants etc etc.

Assassin’s Gang-leader Ade Lawyer led IRT Operatives to a House in Ehin Grammar School area in Ibadan where the AK47 Rifle with S/no 3501357 and 2 Magazines he used for all his Assassinations was Recovered.

Serious efforts to arrest remaining Gangmembers at large in Progress.