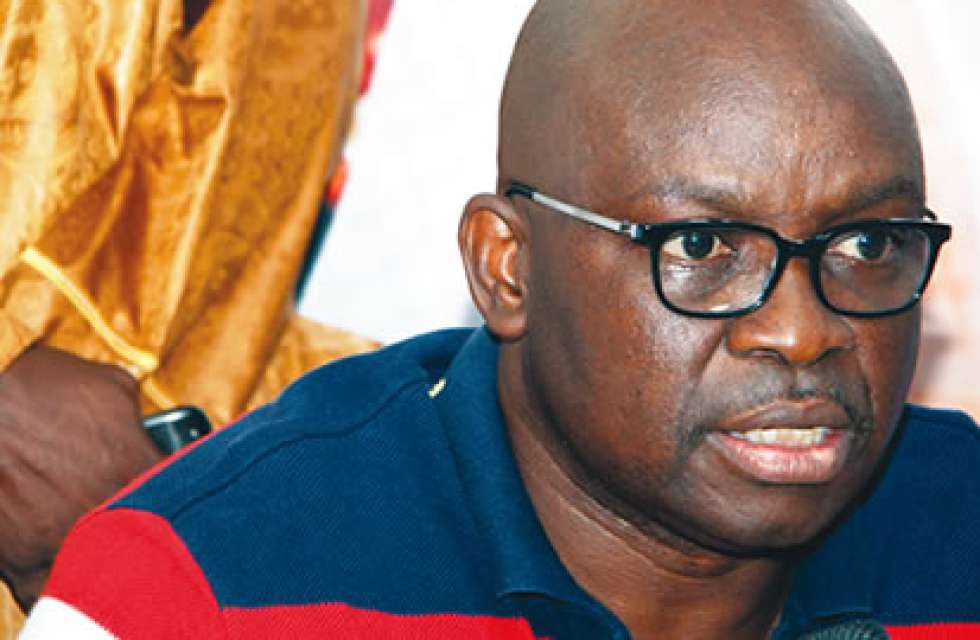 Governor Ayodele Fayose of Ekiti State disclosed on Friday that the corporate existence of Nigeria is being threatened by selective administration of justice, marginalization, and vendetta against perceived political opponents.

He made the disclosure even as he called on well-meaning citizens to rise up and salvage the situation before it is too late.

The governor also decried the level of poverty in the country, adding that many Nigerians are dying in silence with nobody standing up for them.

He therefore called on people of good conscience not to allow their voices to be silenced because of possible political antagonism or persecution.

He spoke in Lagos after being conferred with the award of ‘Man of the People’ by the Silverbird Group.

A statement by his Chief Press Secretary, Mr Idowu Adelusi quoted the governor as saying that the major step to take to solve the problem was in going back to the basics and restructuring the country.

Speaking while fielding questions from newsmen after the event, Fayose said he would not allow anybody to drown his voice or silence him no matter what it would cost.

“A lot of people we know to be vocal have lost their voices. Some have taken cover under the beds of their wives.

“We are in a perilous time and I appreciate those who are still standing for the people at this time.

“For me I will remain a man. Some people have kept quiet because they fear that they may be persecuted.

“But should we all keep quiet when people are oppressed and suppressed and blatantly marginalized?

“Look at the level of poverty in the country, it is sickening. The standard of living has gone down.

“And how do we explain a situation where some people are treated as slaves and others as princes.

“This country belongs to all of us. It is in serious need now and we must salvage the situation.

Regarding restructuring, Fayose said he aligned with the call made many years ago by the late Dim Emeka Odumegwu Ojukwu that the country must be restructured.

He noted that the issues that led to the civil war were yet to be resolved many decades after.

“I was moved by what the late Chief Ojukwu said many years ago and never knew his wife would be the one to present this award to me.

“We should go back to the basics or we are going nowhere. We are one and the same and no section must be marginalized.

Fayose charged leaders to make laws for the good of the people noting that such laws must be obeyed by all.

He added that the law prohibiting open grazing in Ekiti State has come to stay, warning that anybody who crosses the line would be dealt with.

Presenting the award to Fayose, former Nigerian Ambassador to Spain, Mrs. Bianca Ojukwu, described Fayose as an irrepressible governor of the people.

Chairman of the Silverbird Group, Senator Ben Murray-Bruce, said all the award winners were men and women who deserved to be so recognized.