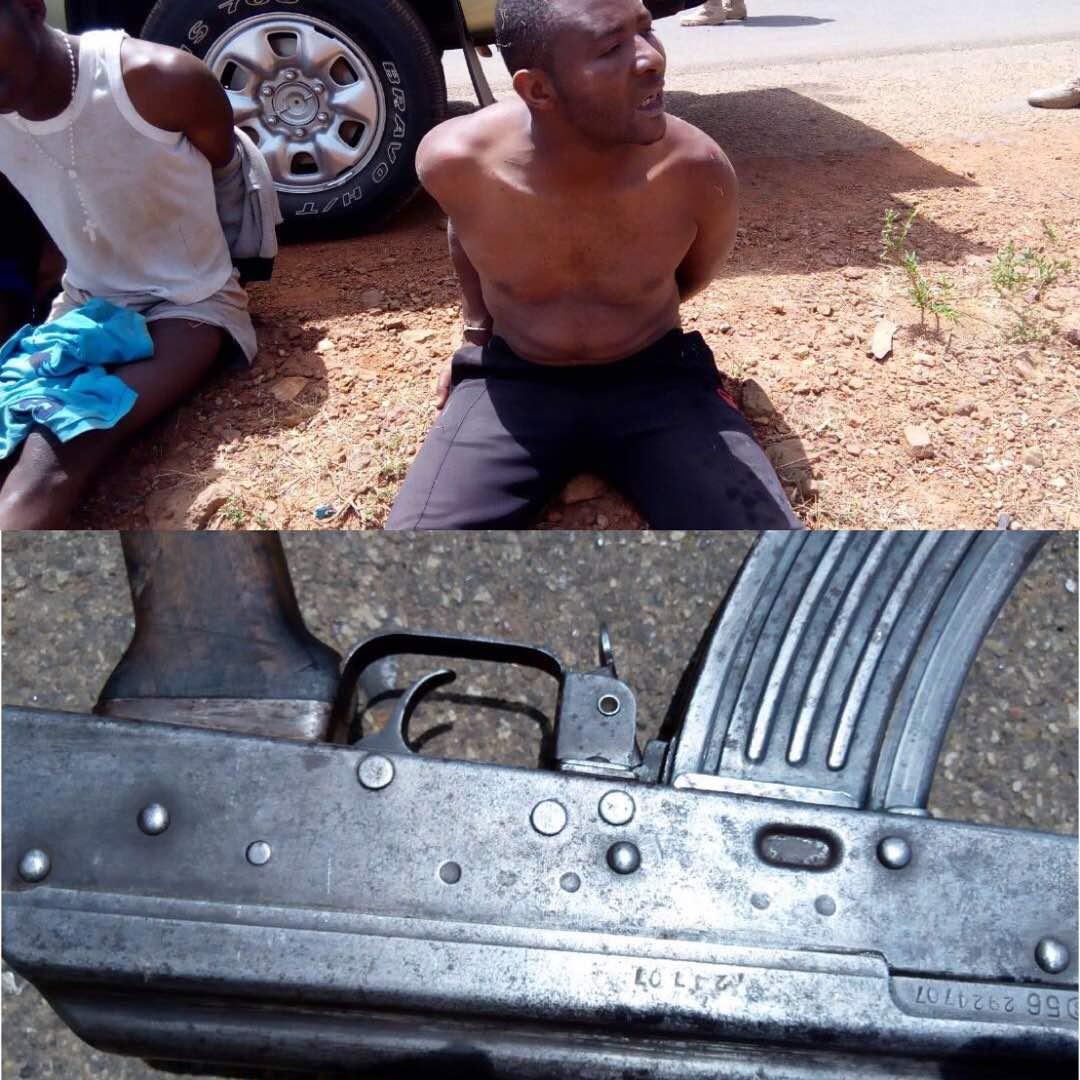 Troops of 3 Division Garrison, Jos Plateau State have arrested 7 suspects and recovered weapons in the clash between Miango community and herdsmen at Rafiki Village on Wednesday 14 March 2018.

The troops responded to distress calls to the clash reported by locals.

As troops moved in to settle the dispute, the herdsmen opened fire on troop’s convoy.

7 suspects were arrested in connection with the clashes.

While conducting search, troops discovered 23 dead bodies at Mararaba Dare shortly before Rafiki Village and many civilians were wounded.

2 other soldiers wounded are receiving medical attention at 3 Division Military Hospital and Medical Services. They are stable.

Weapons recovered include one Ak 47 assault rifle with 26 rounds of 7.62mm special and one locally made single barrel loaded with 15 rounds.

Troops have intensified patrol within the general area to forestall further break down of law and other.