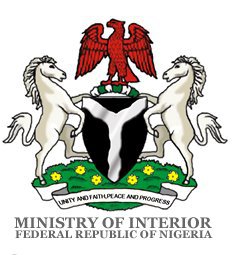 The Permanent Secretary, Ministry of Interior, Dr. Muhammed Umar has called on relevant agencies in charge of internal security to make concerted efforts towards the realization of the President Muhammadu Buhari administration’s drive in the provision of security, ease of doing business, good governance and economic development in the country.

He said that, “there can be no meaningful development in the midst of crisis; the country therefore must be kept safe, not only for its inhabitants but to also make it attractive to foreign investors.” Dr. Umar who commended the Honourable Minister, Lt. Gen (Rtd.) Abdulrahman Dambazau, for his commitment towards ensuring internal security, urged all the agencies in the Ministry to collaborate and bring their wealth of experience together in order to secure the nation’s territorial borders, especially as we are approaching the 2019 elections.

He called on the members of staff of the Ministry to key-in to the change agenda of the present administration, especially in the area of shunning any form of corrupt practices and ensuring that they render efficient and effective services to Nigerians as at when due. Earlier, the Director Overseeing the Office of the Permanent Secretary, Mrs. Nkiruka Ejiofor, speaking on behalf of the retired Permanent Secretary, Engr. Abubakar Magaji, urged staff of the Ministry to remain committed to their official responsibilities.