Leaders of Nigerians socio-cultural groups in Southern and Northcentral parts of the nation have sued President Muhammadu Buhari for alleged serial breaches of Constitutional provisions on federal character in its “nepotistic and lopsided appointments.”

They are also claiming N50 billion over marginalisation of the people of the regions in top federal government appointments in the security, quasi-security agencies and “strategic agencies” of government. 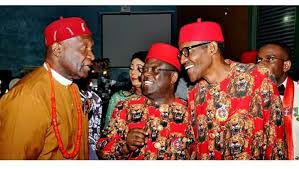 The Federal Republic of Nigeria, Buhari, the Attorney-General of the Federation and Minister of Justice, Abubakar Malami (SAN), the Clerk of the National Assembly, Mohammed Sani-Omolori and the Federal Character Commission are the defendants sued in the suit.