Torturing suspects is not uncommon but a “routine and systemic part of police investigation” by officials of the Special Anti-Robbery Squad (SARS), Amnesty International (AI), an international non-governmental organisation that focuses on human rights, has reported.

In a report released on Friday, titled Nigeria: Time To End Impunity: Torture And Other Violations By SARS, AI noted that cases of abuse had continued to take place despite public outcry as well as local and international laws guaranteeing rights against torture.

The organisation documented at least 82 cases of torture, ill-treatment, and extrajudicial killing by the special police unit, with most of the victims being young and vulnerable.

Between January, 2017 and February, 2019, the organisation conducted five field studies in Rivers, Anambra, Enugu, Imo and Lagos states as well as the Federal Capital Territory (FCT). 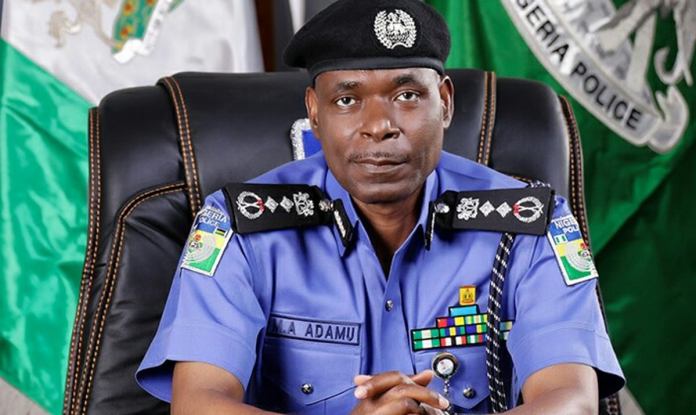 The abuses documented were done either to force ‘confessions’ out of the victims or to punish them for alleged crimes, AI reported.

Many SARS stations have special interrogation rooms that are referred to as ‘torture chambers’, ‘the temple’, or ‘the theatre’, it said.

The group said some interrogation rooms were placed under the supervision of an officer informally called ‘O/C Torture’ (Officer in Charge of Torture).

“Many of those subjected to beatings did not receive the medical care they required. In some of these cases, the violations were allegedly ordered by high-ranking officers. Despite verbal assurance from police authorities, the outfit continues to violate the rights of detainees,” it said.

“At least 30 former detainees interviewed in the course of this research by Amnesty International said that they were held for long periods, sometimes for up to 10 months, without being taken to court and without access to their lawyers, a doctor or family members,” the report said.

Miracle, 23, who narrated his experience to AI, was arrested in 2017 over an allegation of stealing a laptop. 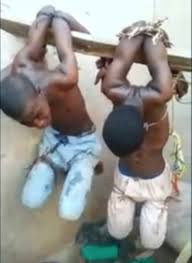 He was then detained at SARS stations in Awkuzu and Neni in Anambra State for 40 days, during which period he was hardly provided with food. He survived through the help of other inmates who smuggled sachets of water into his cell at night, the report said.

“Their leader directed them to hang me. They took me to the back of the hall and tied me up with ropes. They tied my hands behind me, tied my two legs together and then tied the rope binding my hands with that around my legs behind me, causing my chest to protrude,” Miracle said about his stay at the Awkuzu detention facility.

“They had two, already prepared iron stands where they hang people. They passed an iron rod through the ropes and then lifted me up by the rod and hung me from the iron stand. Then they started to use all manner of items to beat me, including machetes, sticks, inflicting me with all manner of injuries.

“When the first officer came to check and saw that I was almost unconscious, he went to call their team leader, who then asked them to bring me down. They dumped me inside the interrogation hall.”

Miracle said eight other persons who were detained at the station starved to death. He was eventually arraigned in court and charged with armed robbery but was discharged for lack of evidence.

“A lawyer who took up the case of Miracle told Amnesty International that he wrote the Inspector-General of Police (IGP) in May 2017 asking for an investigation, but failed to get any response from the IGP,” AI said.

Twenty-four-year-old amateur boxer, Sunday Bang, faced similar experiences of torture in 2018 after he was picked up by SARS operatives in Abuja. He spent five weeks in detention because his girlfriend’s house was robbed hours after he visited. 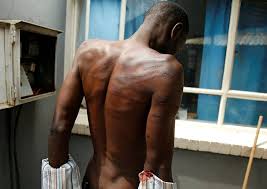 The true armed robbers were later arrested but Bang was kept for another two weeks to allow for his injuries to heal, though no medications were given, and he was prevented from lodging complaints. His relatives also had to pay N20,000 to secure his release.

“They took me to the torture chambers the second day after my arrest. One policeman, in-charge of torture, came with a bicycle/car tyre tube and a hard piece of wood. He tied my left arm with the tube. It was very painful and my arm went numb. He tied me from my palm to the end of my upper arm,” he said.

“They beat me with a stick and rod on my arms, knees and legs. They broke my two legs… I couldn’t stand… I was bleeding from my legs and body. My blood was flowing all over the floor. I kept telling them that I was innocent of the accusation.

“The police officer was threatening he would shoot me if I didn’t admit that I participated in the robbery. I was very weak because I had not eaten any food since my arrest.”

Amnesty International said it wrote to the Inspector-General of Police three times between August, 2018, and August, 2019, asking for a meeting to discuss its findings, but did not receive any greenlight.

“On several occasions, Amnesty International has requested information from the Nigerian authorities concerning steps taken with regards to reported cases of torture and ill-treatment by SARS officers, but received no response,” it said.

The international NGO urged authorities in Nigeria to put an urgent stop to the practice of torture by SARS officials, implement the 2017 Anti-Torture Act, and ensure allegations of ill-treatment are thoroughly and promptly investigated.

“Where sufficient admissible evidence exists, prosecute those suspected of criminal conduct in fair trials irrespective of their rank and status,” it stated.