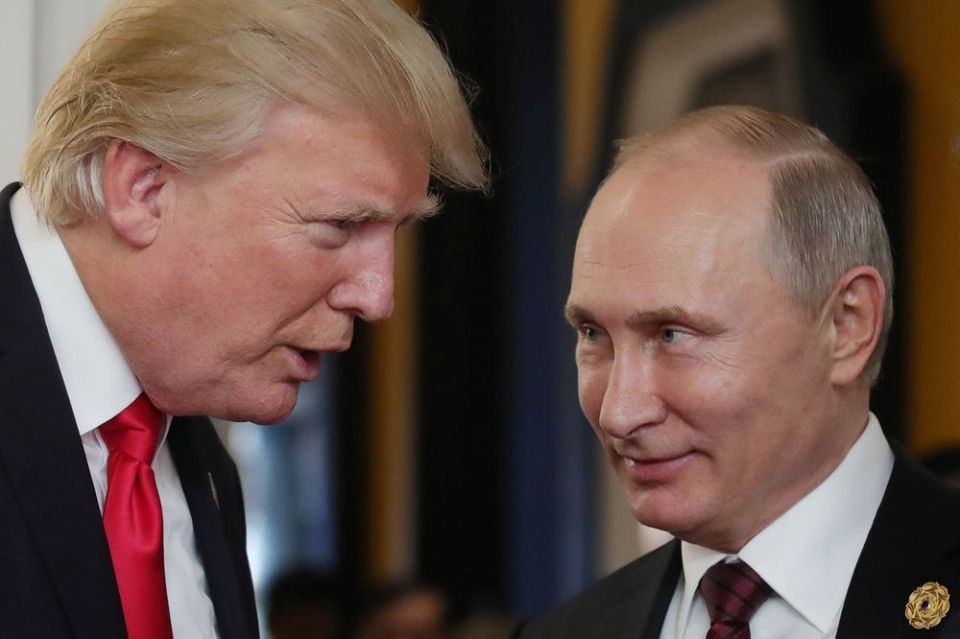 Fierce response from top Democrats after US intelligence finding was reportedly briefed to Trump in March, but the White House has yet to act.

The story first appeared in the New York Times, citing its sources as unnamed officials briefed on the matter, and followed up by the Washington Post. The reports said that the US had come to the conclusion about the operation several months ago and offered rewards for successful attacks last year.

The Times wrote: “The intelligence finding was briefed to Trump, and the White House’s National Security Council discussed the problem at an interagency meeting in late March.” White House officials apparently drew up several possible options to retaliate against the Kremlin, ranging from a diplomatic reprimand right through to fresh sanctions. However, the White House has so far not taken any action.

It is not clear if bounties were ever paid out for successfully killing American soldiers.

As the news broke it triggered a fierce response from top Democrats, especially those who have long pointed to what they say is Trump’s overly close relationship to Russia’s autocratic leader, Vladimir Putin.

Virginia Senator Tim Kaine, who was Hillary Clinton’s running mate in 2016, said: “Trump was cozying up to Putin and inviting him to the G7 all while his administration reportedly knew Russia was trying to kill US troops in Afghanistan and derail peace talks with the Taliban.”

Michael McFaul, a former ambassador to Russia and a professor of political science at Stanford University, said: “I hope the American people will be as outraged as I am over Trump’s complacency. After he knew about these Putin-ordered contracts to kill US soldiers, Trump invited Putin to the G7.”

The news comes after the US reached an initial peace deal with the Taliban, which aimed for the full withdrawal of the US military from the war-torn country within just over a year. The pact was supposed to kickstart talks between the rebels and the Afghan government but they have not materialized.

The unit that US officials have reportedly identified as responsible for the bounties has also been linked to the poisoning of Sergei Skripal, a former Russian spy, in Britain in 2018, which triggered a huge diplomatic dispute between Moscow and London.

Trump’s relationship with Russia has been the source of much scandal and frustration with US allies, especially in Europe.