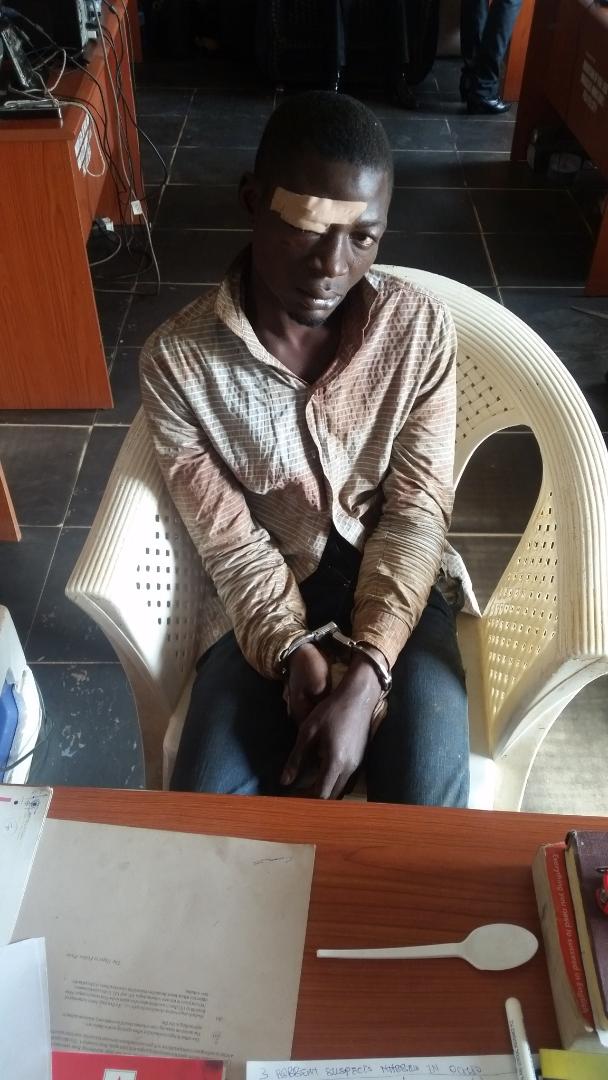 Men of Ogun State Police Command made a major breakthrough in their fights against crime and criminality with the arrest of one of the most wanted cultist in the State; Micheal Agbeyangi a.k.a Alhaji Godonu.

The suspect who has been on the wanted list of the Command for the past 3 years now was arrested at about 7:30pm on Sunday 21st of January 2018 by Police operatives attached to Owode-Egbado Division.

The detectives from the Division through tactical intelligence discovered his hideout along Ado-Odo road and the DPO CSP Muritala Agboola led his men to trail him to the place where he was promptly arrested.

The suspect has been linked to several cult clashes in Owode-Egbado and its environs which have led to the death of many innocent citizens.

Recovered from him are one axe, one sword and assorted charms.

The Commissioner of Police CP Ahmed Iliyasu has ordered that the suspect be transferred to Anti-Kidnapping and Cultist section for further investigation.