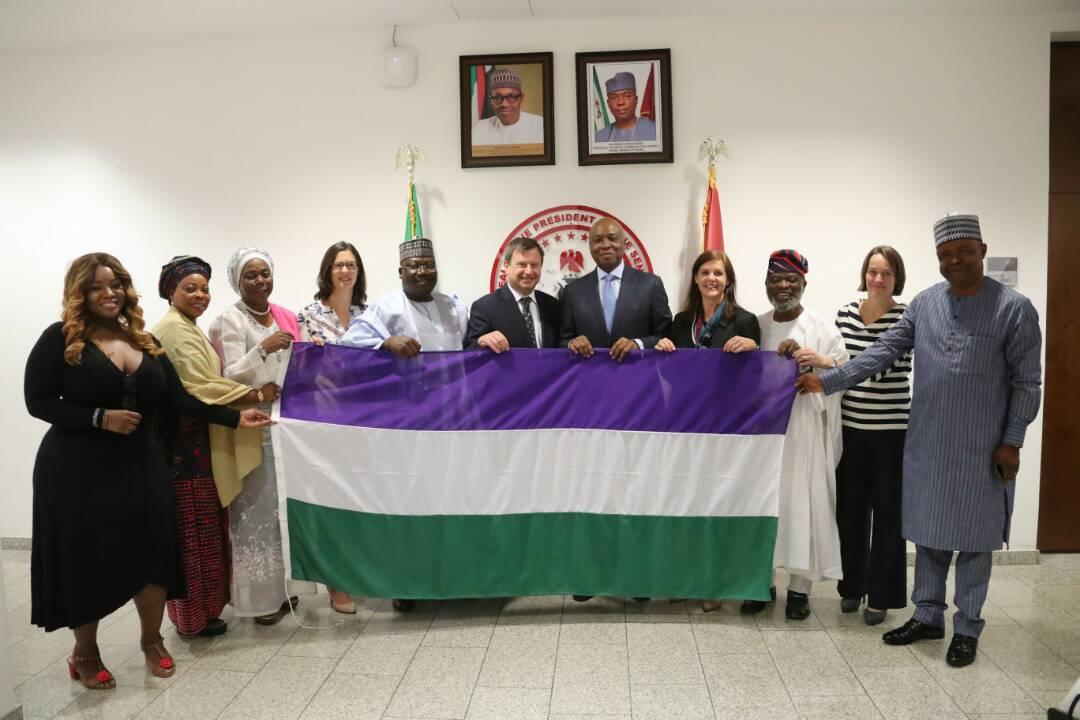 President of the Senate, Dr. Abubakar Bukola Saraki, has said the Senate is working to improve the nation’s electoral process by building on the gains of the 2015 general elections.
Saraki, according to a statement by his Chief Press Secretary, Sanni Onogu, made the remarks when he played host to a United Nations (UN) Electoral Needs Assessment Mission Team in Abuja.
He welcomed the team, led by a Senior Political/Electoral Affairs Officer of the UN,  Mr. Serge Kubwimana to Nigeria and appreciated the body on behalf of the Senate for the interest and proactive steps they have taken to find out areas the UN can assist to improve the 2019 general elections.
“As you will know, the electoral system is key in the stability of democracy and for us to get the electoral process right,” Saraki said. “I think as a country, we have made a lot of achievements in this area particularly in reference to our last election and it is our hope and intention to grow stronger from that and improve on our processes.”
“In line with this, in the 8th Senate, one of our priority bills, once we started work was to review the existing Electoral Act to see areas, where, based on our experience during the 2015 elections, we can improve on.
“We came up with a number of amendments which we passed in May last year and I think we are just waiting for the House of Representatives to pass their version and hopefully we will be able to harmonize and then have a bill for the President to assent,” he added.
Earlier, leader of the Delegation, Serge Kubwimana, said the group’s objective was to meet with the stakeholders in the nation’s electoral process and see areas where the UN can be of support to Nigeria’s electoral system, “again based on previous partnerships over the last three electoral cycles.”
He said the mission to the Senate was meant to seek the views of the lawmakers concerning the nation’s electoral system and to report back to the Secretary General of the UN, so as to guide the world body in its future partnership with key institutions in the electoral process like the Independent National Electoral Commission (INEC) and others.

President of the Senate, Dr. Abubakar Bukola Saraki, High Commissioner of the United Kingdom (UK) to Nigeria, Paul Arwkright, Senate Leader, Ahmad Lawan, UK Special Envoy for Gender Equality, Joanna Roper and Chief Whip, Senator Olusola Adeyeye, Senators and other members of the delegation displaying a “Give Women a Vote” flag, during a meeting with the UK Special Envoy in Abuja.