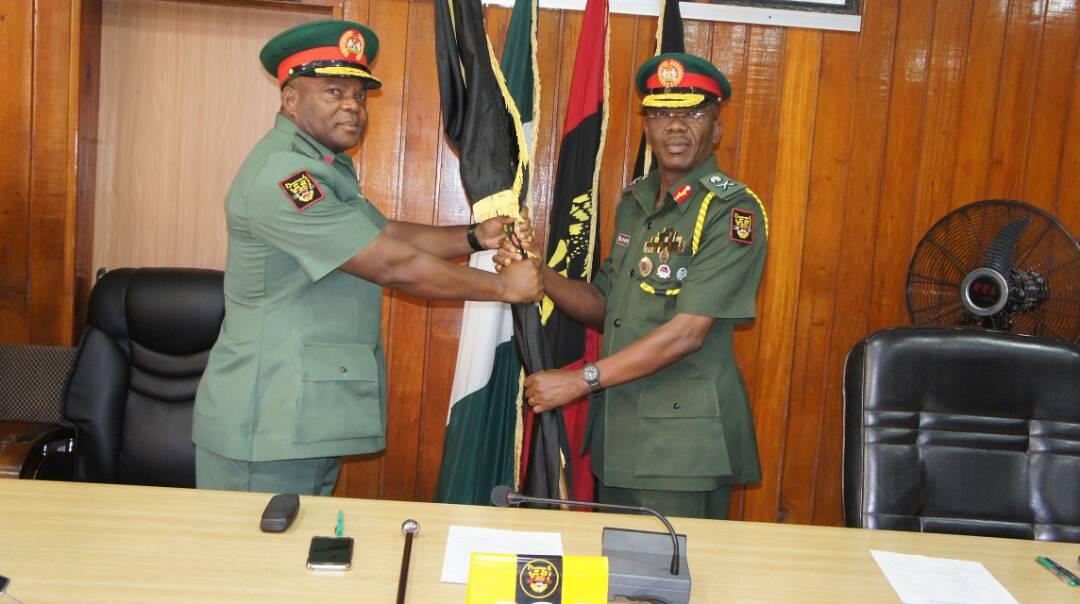 The new General Officer Commanding (GOC) 2 Division Nigerian Army Major General Okwudili Fidelis Azinta on Tuesday 16 January 2018 assumed office at 2 division headquarters, Ibadan.
In a brief address, he called for training and retraining of officers to enhance professionalism in the division’s area of responsibility.
The spoke at the handing and taking over ceremonies at the Div. Headquarters, Adekunle Fajuyi Cantonment, Ibadan, Oyo State.
Azinta also called on officers under the division to brace up in the discharge of their duties in spite of the existing peace in the state.
The new GOC is taking over from Major General Chukwunedum Abraham who has been posted to Defence Headquarters Abuja.
Col HI Mohammed. DDAPR