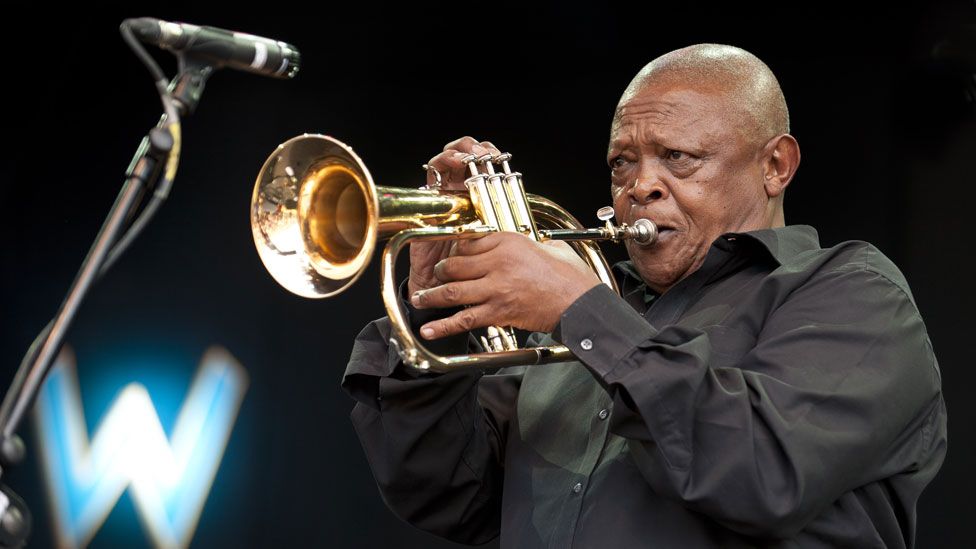 President of the Senate, Dr. Abubakar Bukola Saraki, has paid tribute to the late South African music legend, Hugh Masekela, calling him a statesman of African music.
Saraki in a statement by his Special Adviser (Media and Publicity), Yusuph Olaniyonu, noted that with Masekela’s death at the age of 78, the world had lost a boundless creative spirit, one who made immense contributions to the body of African arts, especially music.
“Song is the literature of South Africa,’ the man himself said, and he wrote a significant volume of that literature. His music was part of the soundtrack of the anti-Apartheid struggle.
“With his trumpet and voice, Masekela gave expression to life under the Apartheid regime and heralded the release of Nelson Mandela and majority rule,” Saraki observed.
“He paid dearly for this activism, spending more than three decades of his life in exile.  Yet he never stopped playing, and he never stopped smiling.
“He worked with Fela Anikulapo-Kuti and his son, Femi Kuti; and met and collaborated with some of the world’s best performers including: Miriam Makeba, Harry Belafonte, Louis Armstrong, Angelique Kidjo and Paul Simon,” he added.
The President of the Senate called Masekela’s classic album, Grazing in the Grass ‘a touchstone’.
He condoled with the South African nation and music lovers around the world on the passing of the musician, who he described as irreplaceable.
END