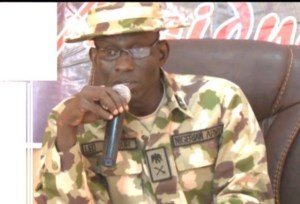 The Swiss Ambassador to Chad, Eric Mayoraz, in company of 2 officials of the Embassy on Wednesday paid a working visit to the Headquarters Multinational Joint Task Force (MNJTF), N’Djamena, Chad.

Speaking during the visit Ambassador Mayoraz stated that he was in the Headquarters to know more about the current security situation in the Lake Chad region, the efforts and challenges of the MNJTF and the cooperation existing between G5 Sahel and the MNJTF.

He further outlined the efforts made so far by the Swiss Government towards the achievement of peace and security in the region, as well as the Swiss humanitarian relief efforts in Chad, Nigeria and Niger, respectively.

In his response, the Commander MNJTF, Major General Lucky Irabor thanked Ambassador Mayoraz  and his entourage for the visit.

He lauded the contributions of the Swiss Government towards ensuring the reign of peace and security in the Lake Chad basin in particular and the world in general.

He observed that in dealing with issues of terrorism, no nation is an island. He therefore outlined the challenges facing the MNJTF, the prospects of the regional force and enlisted the continued support and cooperation of strategic partners and other stake holders.

He said this will facilitate stability operations in the region.

Ambassador Mayoraz who also has concurrent accreditation to Niger and Nigeria was accompanied on the visit by Pascal Holliger and Chiara Vauthey, both political advisers in the Embassies of Switzerland in Niger Republic and Nigeria, respectively.