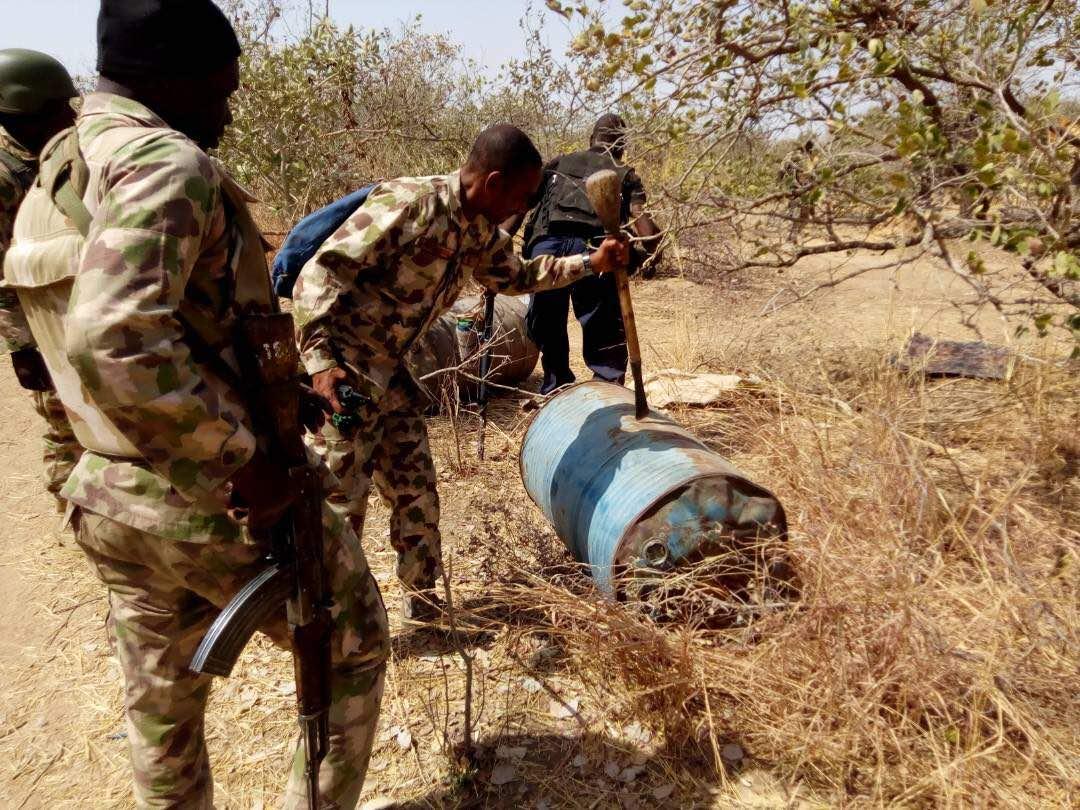 Following the heat of the ongoing Operation Deep Punch II by troops of Operation Lafiya Dole, the troops of 120 Battalion, Goniri, and subunits of Defence Companies under the 27 Task Force Brigade Garrison, Buni Yadi, Yobe State, have intercepted and detonated a vehicle borne Improvised Explosive Devices (IED) in a Golf Wagon car that some escaping Boko Haram terrorists laid in wait for the advancing troops on Wednesday, 14th February 2018.

Intelligence report earlier revealed that some escaping terrorists were habouring in some communities close to the Brigade.

On the approach of the troops towards their hideout, the fleeing terrorists lying in wait were unable to withstand the heavy fire power of the troops.

They quickly set the IED laden vehicle and fled the scene, having laid a number of IEDs in wait for the troops. The gallant troops were able to detonate the vehicle, detected and detonated other explosives laid for them.

It would be recalled that some fleeing Boko Haram terrorists met their waterloo recently while trying to escape through 120 Battalion blocking position in Goniri.

The desperate terrorists were severely dealt with by the gallant troops.

In the same vein, the main body of the battalion who earlier moved for clearance operations to block the fleeing terrorists along the border communities of Yobe and Borno States made tremendous success. Several camps of the terrorists were destroyed.

Other terrorist hideouts destroyed during the clearance operation include Ajingi, Talala, Malunti, in Borno State and Doksa 1, 2 and 3, in Yobe State.

Meanwhile, the morale of the troops remains very high as they continued with their clearance operations, patrols and on maximum alert to intercept any fleeing Boko Haram terrorists in the region.