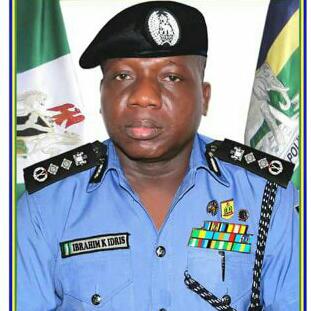 Inspector General of Police, Ibrahim Idris on Thursday in Lagos assured that the Police has put modalities and security measures in place to resolve the crisis in Benue State, by dialoguing with the herdsmen and farmers in the state.

Speaking at a the public launch of his book titled: ‘Security and Justice: The pathway for peace and reconciliation in Nigeria’, in Lagos, the IGP said he was personally in Benue State to have a meeting with the parties involved, adding that the responses has, so far, been encouraging.

He stated that apart from the reconciliation moves, he initiated, the Police High Command has established 15 units in the state to stem any likely outrage, adding that he is personally monitoring the progress there.

Idris said, “The challenges we are having with these herdsmen have gone down. In Benue, we have 15 Police units on ground and I have been monitoring their successes. I was in Benue and we have been having stakeholders’ meetings, we have been discussing.

“Based on this, people have been coming openly to state their problems and it is through these means that we can understand each other and reconcile our differences.

“The role of traditional rulers in this reconciliation process cannot be over emphasized because most of them have the ears of their people. When you have political disagreement in these communities, these traditional rulers are handy”.

On why he wrote the book, he said it was in recognition of the Nigeria Police as the nation’s core law enforcement agency which is constitutionally saddled with the responsibility of preventing and detecting crime, apprehension and prosecution of offenders, preservation of law and order.

“I have watched with troubled heart the security challenges confronting this country. The challenges of Boko Haram in the North East, the challenges of kidnappings and armed robberies, cattle rustling and militancy in virtually all parts of Nigeria.

“These challenges if not properly managed at the pace we are going, coupled with inflammatory and inciting statements will tear this country apart and drag us into an unending crisis.

“As the IGP, it is my responsibility to put sufficient security architecture in place to manage the challenges aforementioned. I can say with confidence that the emplaced preventive and detective strategies have been largely successful in managing the situation based on my achievement so far”.

While calling on the federal government to make adequate fund available to the Police to curb insecurity, the Oba said, “The police will do well if they are given the wherewithal to perform their duties. The IG has not been given all that is necessary to do his job. The other time, he said he would need N3 trillion to tackle security challenges in the country. “That amount is not even enough to address insecurity in Nigeria.” In his welcome address, the Commissioner of Police, Lagos State Police command, Imohimi Edgal stated that the book could not have been written at a better time than now, describing the title as apt and germane to national discourse.