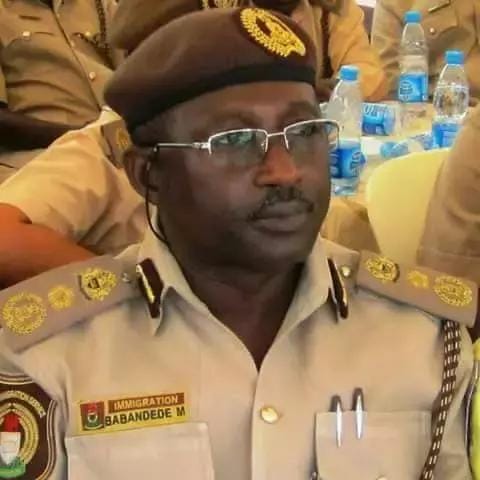 Two Nigerian Immigration Service officers arrested at the Murtala Muhammed International Airport (MMIA), Lagos for allegedly working for a human trafficking syndicate have been suspended by authorities of the Service.

The suspension of Araoyinbo Oluwadare and Awosanmi Taiwo Gabriel from duties was with immediate effect in line with Service Rules and Regulations.

The Immigration Spokesman further stated that, “The suspension is to allow for detailed investigation into the issue with a view to unravelling their level of culpability and indeed other syndicates involved in the act”.

He quoted the CGI as assuring the public of the management’s commitment to the eradication of smuggling of migrants and trafficking of persons in the country.

The two officers deployed to the airport were arrested by Aviation Security (AVSEC) personnel of the Federal Airports Authority of Nigeria (FAAN) for allegedly facilitating six under-aged girls to Omar and Kuwait on Ethiopian airlines.

The immigration officers are currently cooling off with the National Agency for Prohibition of Traffic in persons (NAPTIP) for further investigation.