Determined to deny terrorists and bandits any respite or sanctuary in any part of the country, the Nigerian Armed Forces through the Air Component of Operation Hadarin Daji has “knocked out armed bandits’ camps and neutralised scores of fighters in Katsina and Zamfara states.

In a statement released Wednesday by the Coordinator, Defence Media Operations, Maj Gen John Enenche, the air assault was “preceded by the massive deployment of additional air assets and ground support equipment by the Nigerian Air Force (NAF) to Katsina, is aimed at taking out armed bandits’ locations that were painstakingly selected, based on impeccable Human Intelligence (HUMINT) reports as well as series of Surveillance missions, in order to significantly degrade the armed bandits’ fighting capability before it could be brought to bear against friendly forces or innocent civilians”.

Gen Enenche stated that since the operation began on 20 June 2020, 10 locations have been attacked and scores of armed bandits neutralized, as confirmed by HUMINT reports. “Some of the significant air strikes include those executed at Dutsen Asolo and Birnin Kogo areas of Katsina State as well as at Dogo Gede’s Camp in the Kwayanbana Forest area of Zamfara State”.

“At Dutsen Asolo, NAF jets dispatched by the Air Component attacked the cave/hideout of the bandits, destroying the main entry point and neutralizing some fighters. Some surviving bandits, who were tracked escaping from the cave area were taken out in follow-on strikes. Also, on 21 June 2020, at the bandits’ enclave in the Kwayanbana Forest, an attack helicopter took out one of the bandits’ logistics huts, which was seen engulfed in flames. Similarly, at Birnin Kogo on 22 June 2020, some armed bandits, who fled their dwellings in the centre of the camp to nearby bushes on hearing the sound of the attack aircraft, were neutralized as the NAF fighter jets hit them at their hiding positions”.

According to him, the Chief of the Air Staff (CAS), Air Marshal Sadique Abubakar, who was in Katsina to oversee the Operation, has commended the Air Component of Operation HADARIN DAJI for their professionalism. “The CAS urged them to remain resolute in the conduct of air strikes whilst continuing to provide close air support for ongoing ground operations in order to eradicate all armed bandits; thus accomplishing the directives of the Chief of Defence Staff (CDS) to restore normalcy in the North West and North Central Zones of the Country. 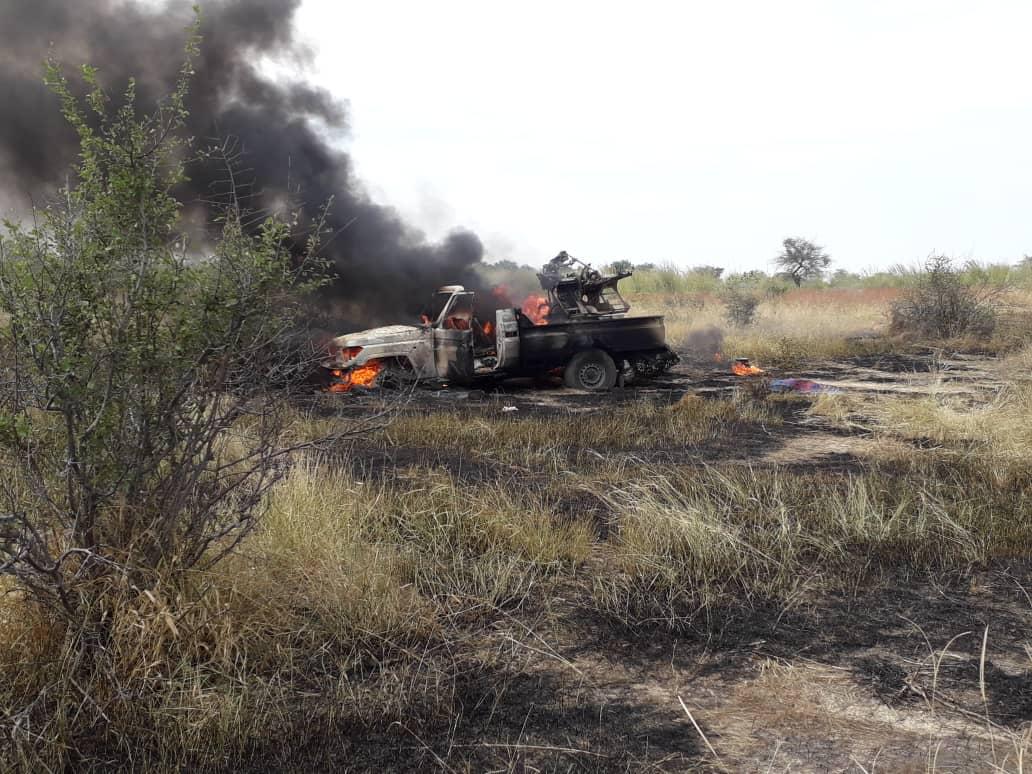 It will be recalled that the military has remained consistent in its bombardment of logistics and tactical bases of terrorists and bandits from both ground and air in the past few weeks. The aim, according to defence analysts, is to deny the bandits and terrorists their tactical and operational sanctuary before launching out to finally obliterate them.