•Source of terrorists motorcycles yet to be unravelled

The Boko Haram terrorists and their splinter group, Islamic State in West Africa Province (ISWAP) dislodged by combined forces of the Nigerian military and the Multinational Joint Task Force (MNJTF) are reportedly regrouping near Nigeria-Niger border for a possible counter attacks.

The troops of the Nigerian Army, sector 3 troops of the MNJTF with aerial cover by the Nigerian Air Force (NAF) on Wednesday repelled attacks launched by a group of Boko Haram and ISWAP suicide fighters near a military base in Kadairam located between Bosso in Niger Republic and Malam Fatori in Nigeria.

According to a source , the ambush attack on innocent villagers in the Magumeri Local Government Area of Borno State to rustle cattle was repelled by the troops of the Nigerian Army, recovering many motorcycles used by the terrorists to conduct the attacks. 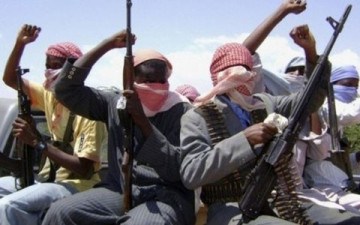 Not done, the dislodged terrorists were said to have regrouped on Thursday to conduct several soft target and survival style attacks on the axis of Gubio and Magumeri LGAs.

Afterwards, Anti-Terrorism expert, Mr. David Otto, confirmed via his tweet that the ISWAP faction were seen amassed at Bande Village at the crossroads between Niger Republic and Nigeria close to Larki and Geskeru village.

Otto who said the terrorists’ mission were unspecific, however cautioned the local population and notified the Nigerian military formations and MNJTF at Baga, Malam Fatori, Damasak, Gubio and Monguno.

He however, advised that “tracking down the origin of Boko Haram motocycles and petroleum used to launch attacks is crucial to reducing their capacity”.