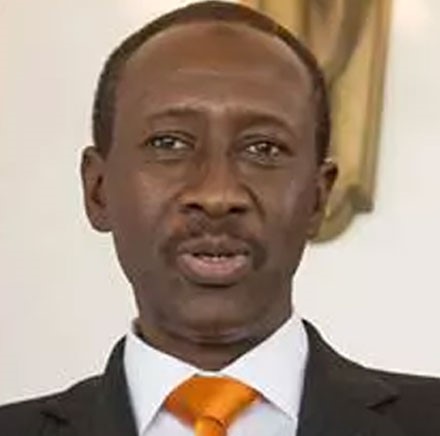 In a renewed bid to contain criminalities in their borders, Nigeria, Niger and Republic of Benin have concluded plans to establish a border force.

The National Security Adviser (NSA), Maj. Gen. Babagana Monguno (rtd) made the assertion while presenting a paper themed: “Combating Persistent and Emerging Threats to Regional Peace and Security in Africa: Pivotal Role of Nigeria” at the Internal Partnership Forum in Paris, said Africa’s porous borders remained a major source of concern as this had aided smuggling of prohibited items and irregular migration as well as other transnational organised crimes.

“Nigeria is bordered to the North by Niger, to the East by Chad and Cameroon to the South by the Gulf of Guinea of the Atlantic Ocean and to the West by Benin.

“However, Nigeria’s extensive land and maritime borders are incredibly porous and poorly manned. This has placed added responsibility on the border security agencies. In this regard, the Nigeria Customs Service has developed the E- Customs strategy while the Nigeria Immigrations Service has equally put in place an Integrated Border Management System (IBMS)”, he said.
Monguno said the move was aimed at strengthening border security.

“It is necessary to observe that both strategies place premium on employing technology to complement other existing physical border security arrangements. “Furthermore, as part of efforts at strengthening border security, tripartite Joint Border Patrol Teams (JBPTs) comprising Nigeria, Niger and Benin Republics were recently established to curb the increasing scale of smuggling of prohibited items as well as irregular migration across the nations’ borders.

“This has greatly reduced the scale of transnational organised crimes. We are also exploring the feasibility of setting up a border security force in the foreseeable future to secure Nigeria’s border areas”, he said.

He said that African continent was not immune to such global security concerns.

“This is because most of our contemporary security problems are influenced or heightened by external threat factors in the global environment. Currently, we are faced with a series of security threats, the most serious being the transnational threat of terrorism perpetrated by the Islamic State in West Africa Province (ISWAP) and Boko Haram Terrorists (BHTs).

“Other major security challenges include piracy, transnational organised crimes, climate change as well as cyber threats. Undoubtedly, all these security challenges pose varying degrees of threats to the social, economic and political dynamics of not only Nigeria, but also of the African continent”, he said.

The NSA said the administration of President Muhammadu Buhari had sustained the degradation of the groups
“In recent months, there has been an endless mass surrender of terrorists and their sympathisers in the North-eastern part of Nigeria, “Currently, over 15,000 people have been received. It is important to note that the combination of kinetic and non-kinetic measures, largely contributed to this wave of surrender”, he said.