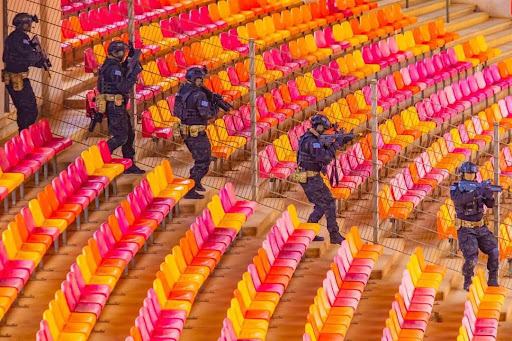 Nigerians often associate the Intelligence Community with the protection and preservation of the country’s political establishment. While this is true, the fluid mandate of these organisations puts them at the centre of state-building and pursuing national security interests.

According to Dr Kabir Adamu, a security risk management and intelligence specialist, the laws establishing these intelligence agencies were passed by the military and no credible effort has been made by the various democratic governments since 1999 to amend them “and make them amenable to our democratic aspirations.”

“It is, therefore, the case that the people feel estranged from the intelligence services due to their disposition towards regime protection and against the projection and protection of our national interests,” he added.

The predecessor of Nigeria’s current domestic and foreign intelligence services was the National Security Organisation (NSO), constituted after the assassination of the Head of State, General Murtala Muhammed, in the failed 1976 coup. Prior to the establishment of the NSO, internal intelligence operations were managed by the Police Special Branch known as the “E” Department, while external intelligence was managed by the Research Department under the Ministry of External Affairs.

The State Security Service which has morphed into the Department of State Services (DSS) is saddled with the responsibility of homeland intelligence operations and counterintelligence as well as the protection of sensitive installations, senior government officials, and visiting dignitaries. Other assignments include preventing and detecting crime and countering threats from terrorism, conflicts, and economic crimes of the national security dimension.

Over the past two decades, Nigeria’s intelligence community has been confronted with new risks and tasks, particularly for the DSS, that demand the development and adoption of new tradecraft for intelligence assessment and tactical operations in response to threats such as those posed by Al-Qaeda and Islamic State-affiliated groups, ethnic militias, economic saboteurs, separatists, and cyber criminals.

The Boko Haram uprising in 2009 and the subsequent terror campaign launched by the group and breakaway factions of Ansaru and Islamic State West Africa Province (ISWAP) created significant security challenges. These led to investments in non-kinetic and kinetic capabilities for counterterrorism activities including intelligence gathering, digital forensic investigations, as well as independent and joint targeted raids with the military to arrest terror suspects, neutralise cells, and promote disengagement.

The agency has also stepped up bearing arms and involvement in tactical operations with agents armed with assault rifles and submachine guns such as the FN F2000, Galil Ace, Tavor, Uzi, and FN P90. The service additionally uses AK type rifles including the AK-103 that has appeared with operatives of the recently established special intervention squad.

The investment in technology products for intelligence monitoring, collection, and processing has become one of the pivotal tools for counterterrorism assessment operations alongside the traditional gathering of information through human assets. However, there are still observable gaps in ground and airborne capabilities for signal (SIGINT) and geospatial intelligence (GEOINT) to gain crucial tactical and strategic advantages against insurgent groups. This is in addition to shortcomings in the processing of available intelligence.

While the intelligence community has become a vital component of the government’s response to the 12-year-old crisis in the Northeast and other security threats, there are concerns about the effective use of the services for forecasting, countering, and preventing violent campaigns. These are normally done through direct agency actions and advisory to policymakers on social, governance, and developmental measures to hinder the growth of potential threats.

The underutilisation is evident in the absence of robust predictive modelling for identifying security challenges and the heavy reliance on the military for operations against threats that ideally should be managed by intelligence-led law enforcement without creating situations for escalation. The persistent misuse of the military for internal security has had unintended consequences including continuous military involvement in areas in the Niger Delta, Northeast, Northwest, North-central, and now the Southeast.

The obsession with employing a hard approach through the military to suppress protest or conflict could be traced to military era habits and the composition of the top security management team, including the tradition of appointing former military officers as National Security Advisers (NSA) to the President. The NSA is a principal staff officer responsible for making sure the president has the best intelligence to make decisions on national security.

Despite the deterioration of security that has led to thousands of deaths, displacement of millions of people, and economic bleeding, successive governments have not undertaken the required restructuring of Nigeria’s intelligence community similar to the reinvention that happened in the aftermath of the 9/11 terror attack in the United States to fix the government’s failure to connect the dots.

In the U.S., the changes included the creation of the Transportation Security Agency and the passage of relevant laws, including the Homeland Security Act and Intelligence and Reform and Terrorism Prevention Act. The Intelligence Reform Act was designed to set new rules for intelligence and law enforcement, enhancing the synergy between civilian and military intelligence. It also created the Office of the Director of National Intelligence (ODNI) to coordinate the U.S. intelligence community and improve information sharing, unified direction, and ensure integration.

The reform of Nigeria’s security sector and intelligence community will strengthen participation in counterinsurgency operations and build a knitted system to effectively respond to today’s changing security environment. It will also enhance the forecasting and prevention of security risks by influencing the decisions of policymakers at different levels of government.

The country’s intelligence community is also central to mitigating risks from emerging technologies and internet penetration, including election security and social tension which neither the recent Twitter ban nor the Cyberspace Act resolves — particularly at a time when politicians in the country see the potential of investing in data companies to shape the behaviour of voters on social media platforms. In 2018, it was revealed that Cambridge Analytica and Israeli hackers tried to influence the outcome of the 2015 Elections in Nigeria.

“The issues of corruption and other environmental and structural deficiencies within the country also affect the intelligence services,” Dr Adamu said.

Although the expansion of intelligence capabilities is integral to security, there are associated risks and concerns such as privacy infringement and human rights abuses that require internal and external oversight as well as accountability.