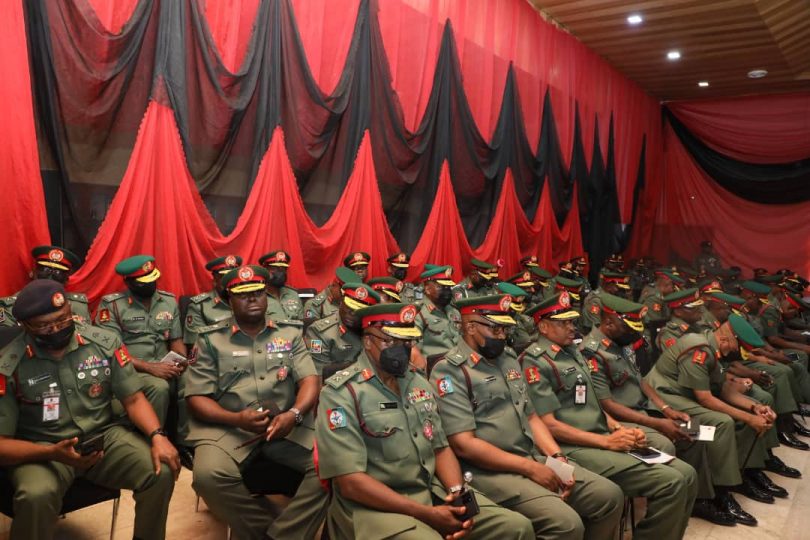 The Honourable Minister of Defence (HMOD) Major General Bashir Magashi(rtd) has charged newly promoted senior officers of the Nigerian Army to use their wealth of knowledge, character and professionalism to develop an enduring panacea that will completely defeat insurgency, banditry and other forms of criminality in the country.

The HMOD made the remarks on Thursday, 30 December 2021 during the decoration of newly promoted Brig Gens to substantive rank of Major General and Colonels to the rank of Brigadier General at the Army Headquarters Command Officers’ Mess 1, Asokoro, Abuja. 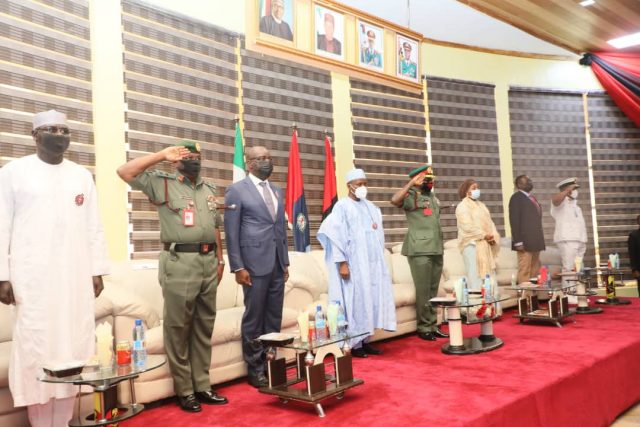 The HMOD, who was the Special Guest of Honour at the event, felicitated with the newly promoted senior officers, describing their elevation as a recognition for their diligence and selfless sacrifices individually and collectively to the Armed Forces of Nigeria and the nation in general.

He reminded the promoted senior officers of the enormous responsibilities that come with their promotion, adding that the country relied on their wealth of knowledge, character and professionalism to develop an enduring panacea that will completely defeat insurgency, banditry and other forms of criminality in the country.

The HMOD assured that the Federal Government will continue to support the NA, especially in the acquisition of military hardware to facilitate the conduct of its operations across the country. 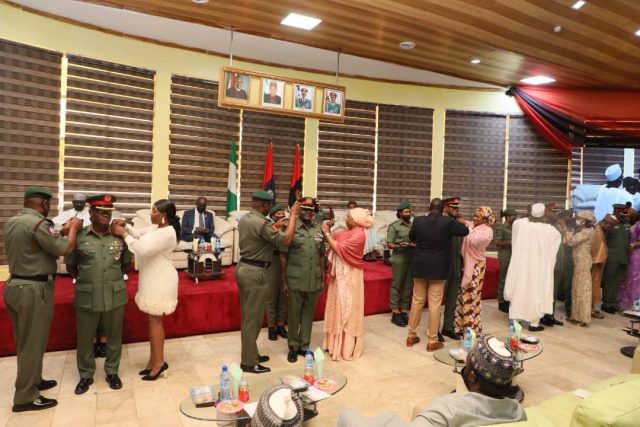 Speaking at the investiture, the Chief of Army Staff (COAS), Lt Gen Faruk Yahaya charged the newly decorated senior officers to remain loyal to the President and constitution of the Federal Republic of Nigeria. He reminded them of the current security challenges and urged them to remain focused in their effort to ensure peace and security across the country.

He expressed appreciation to President Muhammadu Buhari and for his strategic guidance and the confidence reposed in the NA and other security agencies.

One of the newly decorated senior officers, Major General Chijioke Onwunle, who spoke on behalf of all the decorated officers reaffirmed their unalloyed loyalty to the President, Commander in Chief of the Armed Forces and the constitution of the Federal republic of Nigeria.